Autel MaxiCOM MK908 Diagnostic Platform is an evolutionary smart solution for specialized automotive diagnosis. Utilizing the powerful A7 quad-core 1.30GHz processor, and a 10.1-inch capacitive touch screen, combined with the best possible coverage of OE-level diagnostics, and based on the revolutionary multitask-capable Android Operating system, the MaxiCOM organizes information with test instrumentation to help you diagnose symptoms, codes, and customer complaints easily, quickly and efficiently

3. Active test for figuringout whether a specific subsystem or component in vehicles goes well.

Unlike conventional scanners, MK908 users can get access to the vehicle-specificsubsystem and component parts, and output commands to the related ECU, thusdriving the actuators to perform a specific function for determiningthe integrity of the systemor parts by reading the engine ECU data, or bymonitoring the operation of the actuators, such as switching a solenoid, relay,or switch, between two operating states.

1) Super CPU & RAM: This Android OS-based, tablet-style scanner sports an extremely powerful Hexa-Core 1.3GHz + 1.7GHz processor, and makes use of the internal 64GB solid-state drive, along with 2GB of RAM, for super speedy and smooth performance. However MS908, by contrast, only gets 1.4GHz Quad-Core Processor and 32GB SSD drive.

2) More Intuitive Display: Unlike MS908 supports 9.7" 1024*768 display, the image clarity image is more admirable in MK908. It is equipped with a 10.1", 1920*1200 resolution and back-lit LED multi-touch capacitive display for better user experience. Moreover, there’s a built-in 8MP camera with a flashlight and autofocus. Compared with 5MP camera equipped in MS908, you will take more detailed snapshots for deeper analysis. Also, saving that and all the diagnostic data/files are quite easy thanks to 64GB on board memory space (only 32GB in MS908) at your disposal.

3) Ergonomic Design: The product has been designed to be carried single handy yet it doesn’t mean it will fit in pocket. In particulars on the outside you will see it adopts the real rubber protection design on the both sides to be more ergonomic, and to resist damage of daily heavy use for maximum longevity

4) Useful Multitasking: The diagnostic scanner incorporates high-quality diagnostic protocols with multitasking capable software, so it shouldn't come as a surprise that this scan tool not only has amazing speeds, but also gets the ability to multitask, to help you to keep an eye on impacts on other parts, while fixing a particular part of the engine.

The diagnostic tool can replace the existing software/firmware in the ECU, program new ECUs and fix software-controlled driving performance and emission issues. Since the introduction of OBD II and leading up to modern Hybrids and EVs, computers and software in cars have been expanding at an exponential rate. In-car software is becoming one of the leading needs for service, and updating software may be the only way to fix some of these issues:

The Programming and Coding function is used to re-flash the vehicle control modules, it allows you to update the computer software on the vehicle to the latest version, as well as to reprogram adaptive data for certain components after making repairs or replacements.

NOTE: The programming function can only be applied through connection with the J2534 programming device (Autel MaxiFlash Elite), which serves as a Pass-Thru interface to establish communication with and transfer data to the vehicle’s ECU.

What's the difference between Coding and Reprogramming

A. Coding – also known as Teach-in  Program,Component Adaptation or something similar, is used to reprogram adaptive data for vehicle control modules after repairs or replacements of vehicle parts.

B. Reprogramming Operations – downloads new version of software subscription from the on-line server database through internet access (this procedure is done automatically when the MaxiSys display tablet is connected to the internet, so there is no need to check for software subscriptions yourself), and reprograms the  newest software version to the vehicle's ECU

ADAS is an array of vehicle systems that aid the driver either through passive alerts or by active control of the vehicle to drive safer and with greater awareness and precision. Cameras, sensors, ultrasound, radar and LIDAR are some of the systems used to capture the driving environment data, including travelling or static vehicles position, pedestrian location, road sign, driving lane and intersection detection, road (curves) and driving conditions (poor visibility or evening driving), use that information to instruct the vehicle to take its predetermined action. Cameras, sensors and sensing systems are typically location in front and rear bumpers,windshield, front grill and side and rear view mirrors

Extendable Feature: It can expand the diagnostic capabilities by working with Autel MP408, MV108 to go deeper into the unseen details for locating the fault easily and accurately, or by working with Maxitpms TS501 for diagnosing comprehensive TPMS problems.

The device equips with the latest AutoVIN technology with advanced Auto-Scan functions to identify CAN-Enabled vehicles, in one touch. It displays the data in the form of text, graph, analog and digital gauge for efficient analysis.

The package comes with both dual band 802.11n Wi-Fi technology and long range Blue-tooth connectivity that provides its users with an ultra-fast Vehicle Communication Interface. You don’t have to wait. Just plug it into the OBD-II dashboard and it will diagnose within seconds.

The MaxiFix application launches the on-line troubleshooter database, which not only provides you virtually all common diagnostic trouble code (DTC) database for most vehicles, but also serves as a forum allowing you to network with other MaxiCOM users, and gives you access to a vast database of repair and diagnostic tips along with proven filed fixes.

The Data Manager application is used to store, print, and review the saved files for future reviews. 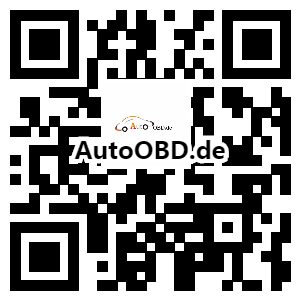